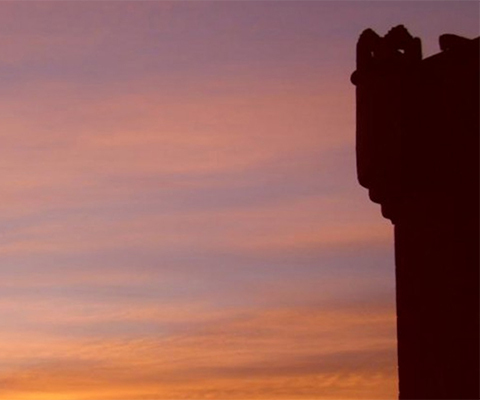 Margarita Casas, heiress to the house Cal Mossons de Ardévol, married Jaime Tristany de Ivorra, on the 20th March 1631. After the wedding, the house was extended and they formed a complex composed of both houses. Following the tradition of that time, the house was named as CAL TRISTANY.

In 1703, we find the third generation of the Tristany family. Gil Blas Tristany was the heir to the house and he and his descendants carried out a new construction in the house: a fortified house, enterely made of stone. The house has a terrace facing the setting sun. It also has four embrasures at the corners.The house is enterely made of stone, the façade, the indoor staircase, and the floor paviments. The location of the house, near the edge of a cliff, allows you to live the legends told by popular fantasy about the Tristany family.

In front of the house, there is a chapel, initially devoted to San Salvador de Horta. The Tristany family expanded and restored it and then, it was dedicated to San Francisco, following the tradition of the family. You can still see the vestiges of the Tristany's porch next to the chapel.

In January 2011, a documentary about Carlists was made. You can see it in the Town Hall of Pinós.

If you are thinking about visiting us, we encourage you to do it. If you have already decided to come, we hope you have a great stay. And if you have already visited us, we want to thank you for your trust. He hope we have met you expectations.