Ardèvol is a village in which most of the people live in isolated country houses. It is located in the municipality of Pinós, in the South of the region of Solsonés, in the province of Lérida, near the range of mountains Sierra de Pinós, and very close to the geographical centre of Catalonia.

Some of the most remarkable monuments of the historical centre are the parish church of Santa María de Ardèvol, and the rectangular defence tower of the old castle, probably built before the 11th century. The tower was covered by a cylindrical tower which fell down in 1932. It is next to the church of Santa María and in front of the Restaurant Cal Bosc, 4 km from the house. Telephone: +34 973473212

The village of Pinós de Solsonès is located on the southern slopes of the range of mountains Sierra de Pinós. There, you can see the parish church of San Vicente de Pinós; the houses are spread and, although many of them are uninhabited, the farmland has not been abandonned.

The house is  situated at the edge of the Sanctuary of Santa María de Pinós, the heart of devotion in the village. It is on the northern slopes of the range of mountains (904 metres altitude), from which you can enjoy an excellent panoramic view of the Pyrenees, Collsacabra and Montseny. The church was built in several periods (the lintel of the façade dates from 1642); it preserved an impressive Baroque altar, until its destruction in 1936. Close to the church, you will find a large stately building and the hotel.

Despite the tradition of the Virgin, according to the report of Josep Godayol, archivist of the Hospitallers (1808), the Sanctuary was built in 1312 by the Templars, but soon it was owned by the Hospitallers. It is mentioned in several documents from 1350 and, in the 16th century, popular devotion gained importance. The small district of Cocinero, which was part of an old stable known as Matadeporro, depends on the parish church of Pinós. There is a church which had been devoted to San Pedro and San Feliu, and then to Santa Lucía. 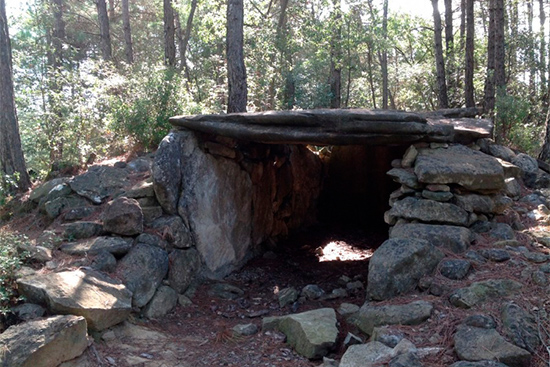 Near the house you will find this dolmen. You can go walking, by bicycle, or by car. You will enjoy a peaceful and pleasant walk.

You can see the remarkable defence tower, with a rectangular shape, which was probably built before the 11th century. It was covered by a cylindrical tower which fell down in 1932. The tower is next to the Church of Santa María and in front of the Restaurant Cal Bosc. Telephone: +34 973473212 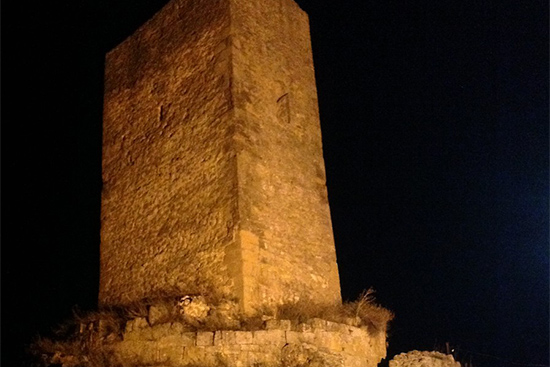 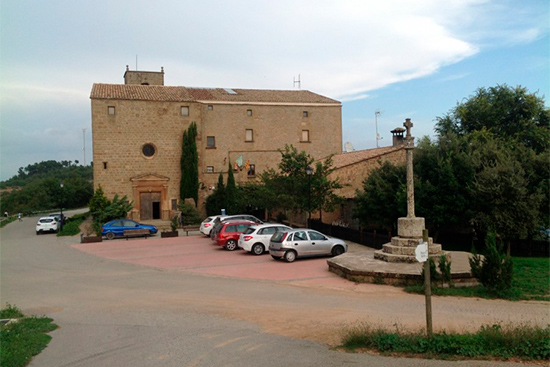 You can visit the Sanctuary, watch the documentary about the Tristany family, see the Rose of the Winds, or taste a delicious meal at the restaurant "El Hostal". Telephone: +34 973473062

Tell us how to prepare your bedrooms; we will give you the contact number of our suppliers; we will take your orders and your shopping from the shop; we will help you to prepare a surprise or the planned activities. And if you have not planned any activity, we will propose you some family activities, so simple and endearing as the following ones:

Listening to the stories of grandpa, next to the fireplace or learning that delicious grandma's recipe.
Finding a moment just for walking with your family, remembering moments and yearing for new ones to live.
Observing the nature around the house, with its magic and its special features of each season of the year.
Hiking routes, or by bicycle or by car in the surrounding area, adapted to all the ages.
Drawing or craft workshops.